However, Bugsy Sailor wanted to challenge himself last year. He resolved to take a picture of the sunrise every single morning of 2019. He called the project "Year of the Sunrise."

Sailor lives in Marquette and is the owner of the Upper Peninsula Supply Company. He describes himself as a “sometime” photographer. Sailor told us he is not a morning person. In fact, this was the earliest he had consistently gotten up his whole life.

It had been Sailor's New Year's Day tradition since 2013 to photograph the first sunrise of the year. But last year, he decided to step it up a notch. 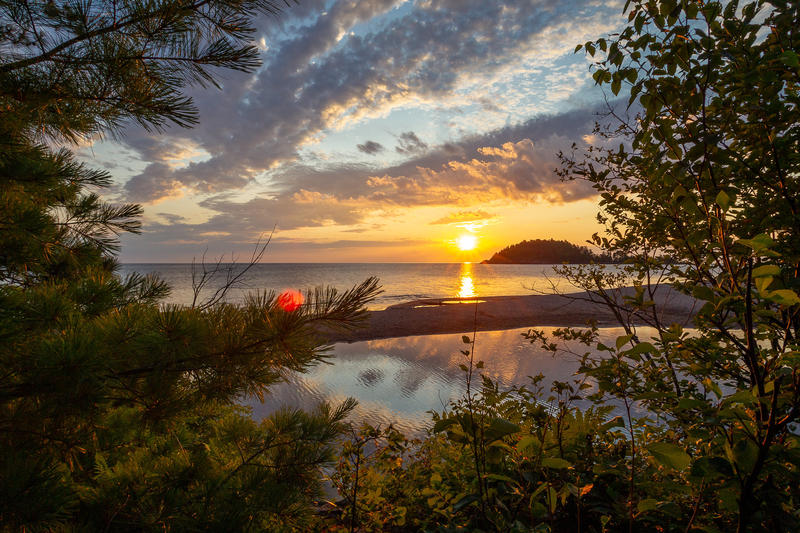 The beauty of the sunrise on the first day of 2019 convinced Sailor that it was something he could stick with for the whole 365 days. Most of the photos feature Lake Superior, but Sailor managed to capture a variety of perspectives and locations.

While there are plenty of photos featuring the beautiful orange glow of the horizons, in others, the sun is conspiculously missing. But Sailor said every morning was worth capturing, even when snow or clouds blocked the sunrise itself.

It’s still there, the sun is still rising. And that’s part of the commitment. And I think the more cloudy days in a row, the greater the reward is once you have a clear, beautiful, orange day.

As an almost daily visitor to the shore of Lake Superior, Sailor had a unique perspective on the lake's record-high water levels. Water levels in the Great Lakes last year caused significant beach erosion and damage to lakeside homes.

Documenting each sunrise of 2019, Sailor said, allowed him to develop a deeper relationship with the lake and the surrounding nature. It also served as a moment of meditation for him throughout the year.

You know, you can have a beautiful sunrise and still have a terrible day, but it gives you something to look back on—that you started the day on the right foot, that you put nature and being present before all else.

What’s next for Sailor? He hasn't publically committed to any 2020 challenge, but does plan on publishing a book on his year of sunrises. You can view all 365 of his pictures here.

This post was written by Stateside production assistant Catherine Nouhan.